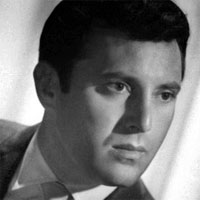 American songwriter and record producer, born 4 November 1929 in Brooklyn, New York, USA.
With over 300 recorded songs, Vance co-wrote such hits as "Itsy Bitsy Teenie Weenie Yellow Polka Dot Bikini," recorded in 1960 by Brian Hyland, which rose to #1 on the Billboard Hot 100 chart, and "Catch a Falling Star," recorded in 1957 by Perry Como, which was also a hit and became one of Como's signature songs. "What Will Mary Say", a Top 10 hit for the singer Johnny Mathis in 1963, was written by Vance with Eddie Snyder. Vance got the idea for "Itsy Bitsy Bikini" because his daughter was too shy to wear a bikini in public. The song was a Top 10 hit in other countries around the world.
In 1964, Vance and Lee Pockriss wrote a song entitled "Leader Of The Laundromat," a spoof of the then-popular "Leader of the Pack" by The Shangri-Las, and Vance produced a recording of the track by a trio consisting of Ron Dante, Tommy Wynn, and Vance's nephew Danny Jordan. The record was released under the name The Detergents, and its success led to an album called The Many Faces Of The Detergents, which Vance produced and for which he, along with Pockriss, penned all the songs. The release of "Leader of the Laundromat" earned a lawsuit against the group by "Leader Of The Pack" composers Jeff Barry, Ellie Greenwich, and George "Shadow" Morton. Dante would later work alongside Barry as lead vocalist for The Archies.
In 1969, Vance teamed up with Dante after the latter agreed to record a demo of the new Vance/Pockriss composition, "Tracy." Dante provided all the voices on the recording, both leads and backgrounds, and the single was released under the name The Cuff Links. Its success prompted Vance to bring Dante back into the recording studio to record an entire album's worth of songs, and the resultant LP, also entitled Tracy, was rush-released to capitalize on the popularity of the single. As with The Detergents' album, Vance produced the recording sessions and co-wrote all of the songs with Pockriss.
In 1972, Vance and Pockriss penned "Playground In My Mind," which was recorded by Clint Holmes, and became a 1973 #2 hit on the Billboard Hot 100 chart, where it remained for 23 weeks. The single was awarded gold record status on July 3, 1973. Vance's son, Philip, sang on the refrain on the recording along with Holmes. In 1974, Vance discovered singer/songwriter Joseph Nicoletti and recorded "Changing Colors" with Nicoletti on RCA records,joseph Nicoletti was also Signed by Worlds Largest Ad agency BBD&O to sing the TV commercial for Diet-pepsi which won an AD Award that year for "Most" performed on radio,producer was the late Phil duesenberry (who was inducted into the AD worlds Hall of fame). Vance co-wrote and produce the song "Run Joey Run" for David Geddes in 1975; the song reached the top 5 on the Billboard charts that year.
The songwriting duo also wrote the ballad, "I Haven't Got Anything Better To Do," first recorded by Astrud Gilberto and covered by Natalie Cole, Esther Phillips, and Dee Dee Warwick.
Through the years, Vance continued to produce various recording artists, including Kathy Keates, who recorded, among other songs on the RCA Records label, the hit single "I Think About You" with Al Martino.
In October 2009, Vance was nominated for induction into the Songwriters Hall of Fame.