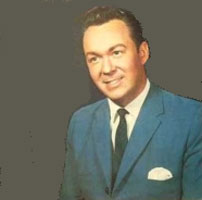 Born 19 January 1933, St. Eustace, near Montreal, Quebec, Canada. St. Eustace was an area dominated by the French and Phillips grew up bilingual. (He later also recorded in both German and Afrikaans). He was influenced by the singing of Gene Autry but first sang in a Montreal church choir. In his early teens, his father, a railroad architect, relocated for a time to Calgary. When the family returned to Montreal, Phillips remained in Calgary and often fondly refers to it as his home town. He learned to play guitar and worked on various jobs until eventually being hired by CFRN Edmonton as a newsreader, general handyman and engineer. When a disc jockey failed to show Phillips, without authority, deputised singing some of his own songs. Although reprimanded, it led to Stu For Breakfast, an early morning show which launched his career. Realising there were not many Canadian songs, he began to write and gained his inspiration from books on Canadian folklore. In 1956, after spells at CJIB Vernon, British Columbia and CHED Edmonton, he began presenting live television shows on the newly opened CHCT-TV in Calgary. Soon after Don Cameron, the regional director of CBC, offered him a CBC radio show singing folk and children’s songs as the Travelling Balladeer. This proved so successful it also led to him presentingThe Outrider, a network weekly television show. He also became involved with the Calgary Stampede and presented the prime time CBC televisionRed River Jamboree.
Phillips made his first recordings for Rodeo Records in Halifax and later recorded for London Records and Columbia Records (Canada) gaining some success with ‘Squaws Along The Yukon’. In spite of Canadian stardom, he wished to emulate his fellow Canadian Hank Snow and join Nashville’s Grand Ole Opry. After visiting Nashville, in the early 60s, where Chet Atkins signed him to RCA Records, Phillips finally relocated there in 1965. He worked his own morning show on WSIX-TV with his band comprising Jimmy Capps, Jerry Reed and Henri Strzelecki. He gained his first Billboard hits in 1966 with ‘Bracero’ and ‘The Great El Tigre’. He toured to England in 1967 and on his return, he found he had been signed as a member of theOpry. Between 1967 and 1968, he registered six further hits the biggest being ‘Juanita Jones’ (number 13) and ‘Vin Rose’ (number 21). After ‘Bring Love Back Into Our World’ (number 68), he left RCA and recorded for Capitol Records but had no single releases or further chart entries.
In the 70s, he toured and presented his own television seriesMusic Place from WAVE-TV Kentucky. In the early 80s, he began to study to become a minister of the Episcopalian church, which saw him cut back drastically on his personal appearances but he still performed at the some major venues including the Calgary Stampede and London’s Wembley Festival. In the 90s, he continued to live in Nashville and maintained his popularity with theOpry audiences while also fulfilling his church duties. He made further recordings for Broadland and, in 1994, Bear Family Records issued a 35-track CD, which represented a reissue (minus one track) of three Rodeo albums, which contained some of the songs he wrote of Canadian folklore early in his career.