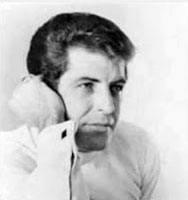 It's a funny thing, the concept of rebellion within a musical family. In one such country & western family, there was the father Chuck Howard: the guitar-picking, rockabilly playing loner who avoided commercial success throughout his career, cut sides such as "Crazy, Crazy Baby," and wound up hanging out with Ringo Starr of the Beatles to record the Beacoups of Blues country album. With a father such as this, it might seem like the young Chuck Howard -- he was never referred to as "Jr.," by the way -- would have nothing to rebel against, but guess again. Since dad was a hardcore, non-commercial, and undisciplined country and rockabilly artist, son should be a...guess what? A slick, top Nashville record producer, that's what. That is what Chuck Howard the son became, as well as a label A&R honcho for Curb, as well as his own outfit Striker. He has produced more than 100 albums in his career, including compilations and reissues, as well as the work of brand new artists. One of his most famous affiliations is with the family of Hank Williams. He has collaborated very closely with Hank Williams Jr. over the years, and is the author of the song "I'm Always on a Mountain When I Fall." The rowdy Hank II, whose face was crumpled up pretty badly when he actually did fall down the side of a mountain, got himself a payback hit on the strength of his song, then turned around and used it as the title of his autobiography. Hank Williams III and his winning combination of honky tonk and punk rock might seem more like something Chuck Howard the father might have been interested in, but it was actually the son who set the young artist's career in motion. This is one of the few musically interesting artists whom Howard was involved with in Curb, however, most of his work has been with glam country artists such as Trick Pony and Blake Weldon. In some ways, he represents the epitome of the Nashville A&R man who turns down a country artist because "his chin is not right." But inside a studio setting, he is not without aesthetic principles. Howard also worked with Tennessee country legend Eddy Arnold in his later years and produced several highly praised albums for LeAnn Rimes.