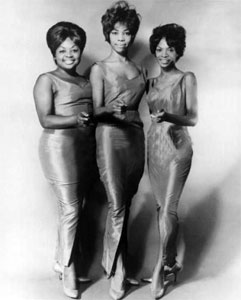 The Memphis-based Dixie Belles enjoyed a brief moment in the spotlight in 1963, when they scored a Top Ten pop hit with their first single, "(Down At) Papa Joe's." They had a Top 20 follow-up hit as well, with "Southtown U.S.A." Mary Hunt, Mildred Pratcher, and Shirley Thomas had previously worked as backup singers around the South, but their career really began to take off in 1963 after they met producer Bill Justis, the man behind the boards for Elvis Presley, Johnny Cash, and Jerry Lee Lewis in the 1950s. Justis even had his own measure of success with an instrumental hit, "Raunchy." Fred Foster, the president of Monument Records, signed Justis and his protégés to his label and chose for their first single the unusual "(Down At) Papa Joe's," which began with the girls laughing uncontrollably to the sound of Dixieland-styled piano and continued into an ode to an old saloon where "they serve fried-chicken and collard greens." The song proved to be quite popular, climbing to number nine on the pop charts, and even prompted a soundalike follow-up, "Southtown U.S.A.," which bounded into the Top 20.
An album produced by Bill Justis called (Down At) Papa Joe's (engineered by Billy Sherrill) was quickly released. Now considered a rarity, it was followed by the Dixie Belles' third single, which followed the style of their two previous hits. This one, however, didn't click and despite quite a bit of airplay, it failed to make the Top 100. The Dixie Belles were dropped from Monument and no other singles followed. The group presumably went their separate ways and it is not known if they ever regrouped to tour.