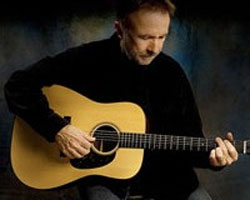 A longtime staple of the bluegrass scene, singer and multi-instrumentalist Herb Pedersen was born April 27, 1944, in Berkeley, CA. The child of a policeman, he was introduced to country music at numerous Bay Area folk festivals, finding kindred spirits in fellow aspiring musicians like Jerry Garcia (who went on to form the Grateful Dead) and David Nelson (later of the New Riders of the Purple Sage). In his mid-teens, Pedersen formed his first bluegrass band, the Pine Valley Boys.
In 1961, Pedersen began working in Nashville, performing on Carl Tipton's Bluegrass TV Show. After a 1963 stint with David Grisman's Smokey Grass Boys, he joined the veteran bluegrass performers Vern and Ray as a singer and five-string banjo player. His work with the duo brought him to the attention of Earl Scruggs, who in 1967 tapped Pedersen to fill in for him during his recovery from a hip operation. A year later, he replaced Doug Dillard in the Dillards for 1968's Wheatstraw Suite and 1970's Copperfields.
After leaving the Dillards, Pedersen remained in Los Angeles, where he became a highly regarded session player, working with the likes of Gram Parsons, Emmylou Harris, Linda Ronstadt, Kris Kristofferson, and John Prine. After spending the first half of the decade in the studio, in 1975 Pedersen joined Jackson Browne's tour, and the following year released his first solo LP, Southwest. After 1976's Sandman, he joined John Denver's band from 1977 to 1980 and continued his extensive session and production work well into the next decade before cutting a third solo effort, Lonesome Feeling, in 1984. He also ventured into scoring television programs, composing the music for series including The Rockford Files, Kojak, The Dukes of Hazzard, and The A-Team.
Throughout the years, Pedersen had occasionally reunited with his old friend Chris Hillman, who had made his mark as a member of the Byrds and the Flying Burrito Brothers. In 1986, the two musicians again joined forces to form the Desert Rose Band, a highly successful country-rock act which scored a series of major hits. After the group disbanded in 1993, a year later Pedersen founded the bluegrass outfit the Laurel Canyon Ramblers, which released the LP Rambler's Blues in 1995. The group's second effort, Blue Rambler 2, followed in 1996, as did Bakersfield Bound, another reunion between Pederson and Hillman.