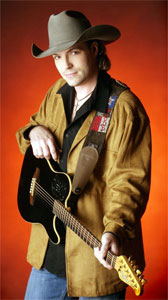 Texas-native Daron Norwood has been singing since he was young; through years on the country music club circuit, his energetic uptempo numbers and moving ballads created a buzz that eventually led to Giant signing him. His self-titled debut was followed by Ready, Willing and Able (1995). Daron Norwood died July 22, 2015.