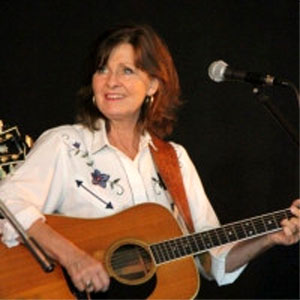 Australian country singer Anne Kirkpatrick received her musical education early in life. The daughter of country music legends Slim Dusty and Joy McKean, Kirkpatrick was already appearing in her parents' stage show at the age of 10 and made her first recorded appearance two years later. By her teenage years, she was appearing regularly on her father's show and could be heard singing and playing bass on many of his recordings. She made her own debut as a recording artist with 1974's Down Home, establishing herself as a respected solo artist and launching a career that would carry her through the next four decades. After forming the Anne Kirkpatrick Band, she became a regular on the touring circuit and further stepped out of her parents' shadow on subsequent releases like 1976's Let the Songs Keep Flowing Strong and Naturally and 1978's Shoot the Moon. Her success continued throughout the '80s, though it would be 1991's Out of the Blue that brought her widespread national acclaim. After switching from her father's label, EMI, to ABC Records, Kirkpatrick's watershed eighth album represented a fresh start and an embrace of a new country sound. It would ultimately earn her a slew of awards including an ARIA for best country album and two Tamworth Golden Guitar awards. The remainder of the decade brought a couple of other highly regarded, though less successful efforts including a live album and another collaboration with her father. Her 2006 release, the autobiographical Showman's Daughter, became another critically lauded high point in her career. A 2010 collection titled Annethology compiled highlights from her nearly-40-year career. A number of other compilations have been released throughout the years, including 2014's The Early Years 1974-1987, which collected her first five albums in one box set.