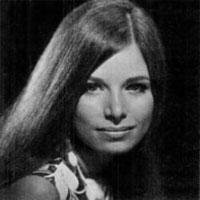 Born 1 March 1950, Nashville, Tennessee, USA, d. 20 September 1999, Nashville, Tennessee, USA. Eaton’s father Bob sang on the Grand Ole Opry and in 1950, he achieved some success with ‘Second Hand Heart’, before he quit the business. After some experience and success as a child actor, she was signed to Chart Records and, working with producer Cliff Williamson (whom she subsequently married), she made her first recordings in 1968. Her first Billboard country chart entry came in 1970, when ‘Angel Of The Morning’ (a 1968 Top 10 pop hit for Merrilee Rush) peaked at number 34. By 1975, she added six more minor hits, two being duet recordings with Dave Peel, namely a cover version of Ray Charles’ 1961 pop number 1, ‘Hit The Road Jack’, and ‘It Takes Two’. In 1975, she recorded for Dunhill Records and gained her highest career chart placement with ‘Lonely Men, Lonely Women’ (number 23). Her final chart entry came the same year on ABC Records when ‘If I Knew Enough To Come Out Of The Rain’ became a very minor hit.