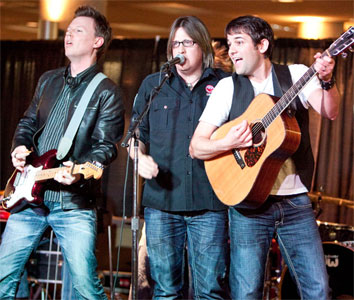 Country music group Due West were formed in Nashville in 2004 when Matt Lopez, Tim Gates, and Brad Hull, three singers and songwriters, first sang together at a party. Blessed with a tight, three-way harmony vocal blend, the kind usually reserved for siblings, the trio quickly attracted attention and praise. Due West self-released a debut single, "I Get That All the Time," in 2009, following it with a self-titled debut album in the spring of 2010. A second single, "When the Smoke Clears," was issued in 2011, with a sophomore album, Forget the Miles, appearing later that same year. A Brandon Metcalf-produced EP, Move Like That, was released in 2013.