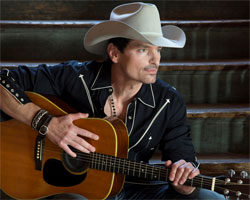 Singer/songwriter George Ducas was born on August 1, 1971, in Texas City, TX, but was raised in San Diego, where he received his first guitar at the age of ten. Growing up on a steady diet of Willie Nelson records, Ducas spent much of his high school years privately writing songs for his girlfriends and did not perform professionally until he attended college at Nashville's Vanderbilt University. After graduation, he accepted a banking job in Atlanta but returned to Nashville in 1990 to pursue music on a full-time basis. There a mutual friend introduced him to Radney Foster, and a songwriting partnership was forged; Ducas eventually co-wrote Foster's first solo hit, "Just Call Me Lonesome." A growing reputation as a live performer helped earn Ducas his own recording contract, and in 1994 he issued his self-titled debut LP, which generated the Top Ten hit "Lipstick Promises." In 1997, he released his second effort, Where I Stand.