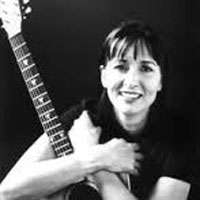 An artist comfortable performing either jazz standards or tales of the cowboy life, singer/songwriter Stephanie Davis was born and raised in Montana to a family involved in cattle ranching. Davis eventually developed a taste for songwriting and moved to Nashville, hoping to get her foot in the door of the music industry. In time, Davis began to establish herself as a performer, releasing an album for Asylum Records in 1993, but she found greater success as a songwriter, with Shelby Lynne, Waylon Jennings, and Martina McBride recording her compositions. Davis also found a valuable champion in megastar Garth Brooks; Brooks not only recorded three of Davis' compositions ("Wolves," "The Gift," and "We Shall Be Free"), but also hired her as his opening act, and even brought her on board as part of his road band. However, Davis became dissatisfied with the factory-like nature of the Nashville recording scene and in the mid-'90s she returned to her native Montana, buying a small ranch and setting up a writing studio in a one-room cabin (which was overrun by cows when she first saw it). Taking control of her career, Davis began writing more personal material and cut two albums at home for her own label, Recluse Records -- an album of jazzy standards and like-minded originals, I'm Pullin' Through, and a set of Western-flavored songs, River of No Return (which included her versions of two of the songs Brooks made famous). Davis also became a fixture at cowboy poetry festivals, and performs frequent live shows in Montana and throughout the West.