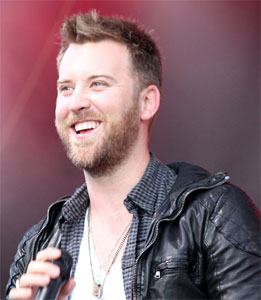 A talented singer/songwriter and multi-instrumentalist, and founding member of chart-topping country-pop trio Lady Antebellum, Charles Kelley was born in Augusta, Georgia on September 11, 1981. Musically active since the age of 11, Kelley spent his formative years playing in a band with his siblings, and while in middle school he met and began writing songs with Dave Haywood, with whom he would co-found Lady Antebellum. After graduating from the University of Georgia in Athens, Kelley moved to Nashville to work on songs with his brother Josh, an acclaimed pop and country artist in his own right. Kelley, Haywood, and vocalist Hillary Scott formed Lady Antebellum in 2006, and the trio wasted little time in taking over the country charts, with their first three albums going platinum and snagging a handful of Grammy Awards. During this time, Kelley kept busy co-writing and producing songs for multiple artists, including Danny Gokey, Blake Shelton, Miranda Lambert, and Hunter Hayes. In 2015, Kelley issued his first solo single, "The Driver," which featured guest spots from Dierks Bentley and Eric Paslay. It was the first taste of his full-length debut, also called The Driver; the album saw release on February 5, 2016 and debuted at two on Billboard's Country Albums chart.