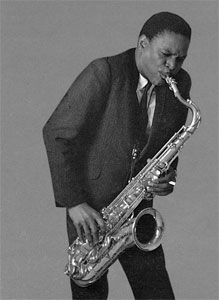 Though jazz remained his first love, tenor saxophonist Sil Austin recorded in a variety of genres over the course of his long career, including R&B, jump blues, country, pop, and even (on one occasion) disco-ish funk. Born Silvester Austin in Dunnellon, FL, on September 17, 1929, Austin began playing around age 12, inspired by swing legends like Coleman Hawkins and Lester Young. He moved to New York while still a teenager, and in 1946 won a talent show at the Apollo with a rendition of "Danny Boy." His biggest breaks came in 1949, when he joined up first with Roy Eldridge and then with Cootie Williams' Birdland house band, where he stayed for three years. After spending 1953-1954 with Tiny Bradshaw (who helped him write the song that Ella Fitzgerald later turned into his nickname, "Ping Pong"), Austin struck out on his own and signed with Mercury, scoring a Top Five R&B/Top 20 pop hit with 1956's "Slow Walk." "Birthday Party" was another big hit, and in 1959, he released his most popular and controversial album, Sil Austin Plays Pretty for the People, which produced a small hit in Austin's return to "Danny Boy," but was criticized by jazz purists for its orchestral pop sound. Austin remained with Mercury for 12 years; in 1973, he moved to Atlanta and recorded for small independent labels off and on, all the way through the mid-'90s. Austin lost a four-year battle with prostate cancer on September 1, 2001.