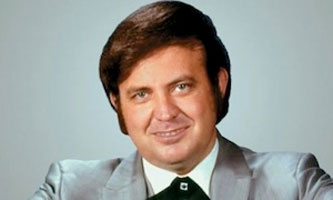 Leon Ashley has a small place in country music history as the first artist to write, record, release, distribute, and publish his own material. That record, "Laura (What's He Got That I Ain't Got)," is also part of Ashley's legacy, becoming a country standard of the '60s and '70s, as it was recorded by a variety of artists, including Marty Robbins and Kenny Rogers. In fact, Ashley had more influence as a songwriter, not a performer. Nevertheless, he had a modestly successful performing career as a country-pop singer that lasted through the '60s and '70s.
Ashley began performing at an early age. When he was nine, he performed on a Covington, GA, radio station, and by the time he was 11, he had his own show. In 1960, he recorded his first single, "He'll Never Go." Released on Goldband, the record didn't gain much attention. He signed with Imperial the following year, releasing "Teen Age Angel" and "It's Alright Baby" to a similar lack of attention. In 1962, he returned to Goldband and recorded one more single, "Not Going Home." Dot Records released his "You Gave Me Reason to Live" in 1964.
Leon Ashley was paired with Margie Singleton to record "How Can We Divide These Little Hearts" in 1966. The following year, the duo married; they continued working together for the rest of their marriage.
The year 1967 was significant for Ashley for another reason — he founded his own record label, Ashley. Surprisingly, Ashley's self-owned and operated record label was more successful for his career than any of the more-established labels he had previously recorded for. "Laura (What's He Got That I Ain't Got)," the third release on Ashley, rocketed to number one on the country charts, and was followed by two other lesser hits later that year (a duo with Margie called "Hangin' On" and "Anna, I'm Taking You Home"). Ashley had two more hits in 1968 — the Top 15 "Mental Journey" and the duo "You'll Never Be Lonely Again" — and 1969 brought three more hits, "While Your Lover Sleeps," "Back to Birmingham," and "Ain't Gonna Worry." However, that was the end of his brief period of chart success. Ashley had one more minor hit single, "Ease Up" in 1972. For the remainder of the decade, he toured with Margie and their manager, Linda G. Denny, and the Country Music Spectacular. Although he no longer had hits, other performers regularly recorded Leon Ashley's songs, including many co-written with Margie.
Leon Ashley died on October 20, 2013 in Hensersonville, Tennessee.