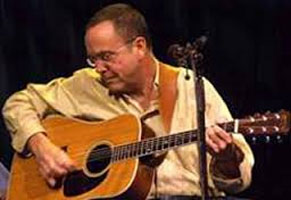 Born Anthony Michael Arata, 10 October 1957, Savannah, Georgia, USA. Although Arata completed his education with a degree in journalism, his first interest lay in music. During his university days he played guitar and sang with various bands. His professional career began with a bluegrass band in 1975, and from 1978-82 he wrote and sang many of his own songs with his band Handpicked. He was signed to a songwriting contract by Don Tolle’s Noble Vision label, where Jim Glaser recorded some of his songs, charting ‘The Man In The Mirror’ and ‘I’ll Be Your Fool Tonight’. Arata himself achieved two minor hits with ‘Come On Home’ (1984) and ‘Sure Thing’ (1985) and also recorded an album. In the late 80s, still under contract to Tolle, he relocated to Nashville. In 1990, Garth Brooks enjoyed a number 1 with his song ‘The Dance’. The recording gained many awards, including Song Of The Year (1991), and immediately led to Brooks’ recording Arata’s ‘Same Old Story’ and ‘Face To Face’. Other artists were attracted to his work, and further recordings of his songs began to appear, including ‘Part Of Me’ (Suzy Bogguss), ‘I Used To Worry’ (Delbert McClinton), ‘Slower’ (Dan Seals), ‘Standing By The River’ (Oak Ridge Boys) and ‘One Of My Reasons’ (David Slater). Arata also has business enterprises and is the editor of a trade publication.