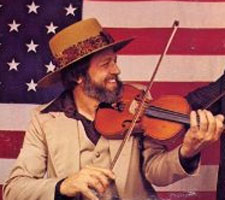 Buddy Spicher broke into country music in the mid-'50s, when he joined the band backing Audrey Williams (widow of Hank) mid-tour, replacing Dale Potter late in 1957 or early in 1958. He started out in Wheeling, WV, and ended up in Nashville. For the rest of the 1950s and most of the 1960s, the country fiddle virtuoso was on the road, playing in the touring bands behind Williams, Hank Snow, and other stars, and also playing with such hybrid country-bluegrass outfits as the Charles River Valley Boys before settling down to the life of a session musician in 1968. Even as one of the busiest session men in the city, however, he found time to work with Area Code 615, the progressive country outfit formed out of Bob Dylan's Nashville Skyline recording sessions, participating on both of their albums. Since the 1980s, Spicher's career has slowed somewhat, owing to the decline of interest in the kind of free-flowing, genre-bending brands of country and bluegrass that inspire him most.