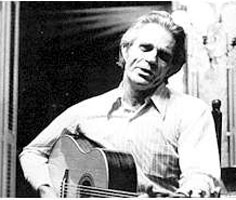 Singer-guitarist-songwriter Glen Sherley was one of the great success stories, and one of the most tragic figures in country music of the 1970s, with a career that lasted less than a decade. A convict at Vacaville, CA and formerly a resident of criminal justice institutions in Chino, Solidad, San Quentin, and Folsom, Sherley began writing songs in the 1960s and sent a tape of one of them to Johnny Cash. It was while incarcerated at Folsom that Sherley saw Cash perform "Greystone Chapel," and that heralded his career as a songwriter. His next big step came when Eddy Arnold recorded a Sherley song, "Portrait Of My Woman," which became a single and the title track of Arnold's next album. This led to a live recording of Glen Shirley, done in cooperation with the California prison authorities on Jan. 31, 1971, which was released by Mega Records. The album was successful enough to get Sherley a contract with House of Cash, Johnny Cash's publishing organization, as a songwriter. He also made it into the movie Flower Out of Place, a documentary about performances at Tennessee State Prison, performing with Johnny Cash, Linda Ronstadt, and Roy Clark. Sherley's final years in the late '70s were marked by obscurity and confusion along with estrangement from his family. He took his life in the spring of 1978.