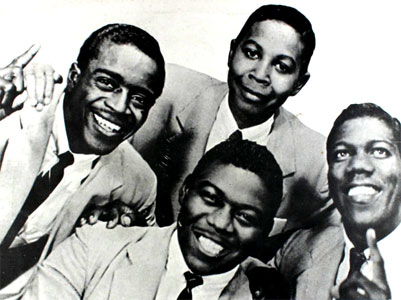 One of Washington, D.C.'s pioneering vocal groups, the Rainbows recorded three singles titled after women's names: "Mary Lee," "Shirley," and "Minnie." "Mary Lee" was released on Morgan "Bobby" Robinson's Red Robin label in 1955; the Rainbows on that record consisted of lead singer Ronald "Posie" Miles, John Berry, and other unknown members who left after the release ran its course. Red Robin leased "Mary Lee" to Pilgrim Records, who promoted it into a small regional hit. For its follow-up, "Shirley" (1956), Berry recruited Chester Simmons and Don Covay to form the lineup most associated with the group. Copies of "Shirley" can be found on three different labels -- Pilgrim, Argyle, and Red Robin -- but none did it any justice. D.C. disc jockey Jay Ferry played the Rainbows locally, but DJs in other cities weren't as loving. "Minnie" on Rama Records in 1957 became their swan song, and despite popularity in Washington, the sales were disappointing and the group disbanded. At least four tracks -- "Baraboo," "Honey Hush," "Jelly Bean," and "The Bug" -- are still rotting in Red Robin's vaults. Covay became a solo act and scored with "Have Mercy" and "See Saw"; he was more successful as a writer and supplied material to many artists. John Berry also took to songwriting, cranking out more than 125 titles registered with BMI; his most successful, "Pony Time," became a hit for Chubby Checker. Simmons and fill-ins Marvin Gaye, James Nolan, and Reese Palmer formed the Marquees.