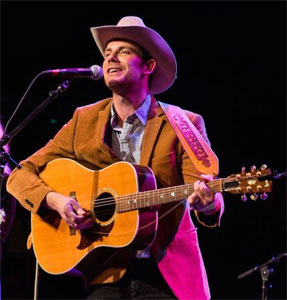 Although his name may seem dangerous, Sam Outlaw isn't a self-styled traditionalist tipping his hat to Waylon Jennings. He's a slyly subtle Americana singer/songwriter who draws upon a deep well of country music influences, tapping into Western swing but also the cosmic American music that is endemic to his home base of Los Angeles, California. Born Sam Morgan on July 28, 1982 in Aberdeen, South Dakota, the singer/songwriter relocated to Southern California when he was 10. Although he always loved music, he initially pursued a career in advertising, deciding to switch to performing once he reached his early thirties. Taking his stage surname from his mother's maiden name, Sam Outlaw self-released an EP in 2014, which was enough for him to land spots at the Stagecoach Festival and AmericanaFest. From there, he received the attention of legendary roots guitarist Ry Cooder, who co-produced Outlaw's 2015 debut Angeleno alongside his own son Joachim.
Supported by steady touring from Outlaw, Angeleno received considerable buzz, peaking at 22 on Billboard's Heatseakers chart, and taking home the International Album of the Year Award at 2017's U.K. Americana Awards. By that point, Outlaw had his second album, Tenderheart, ready for an April release.