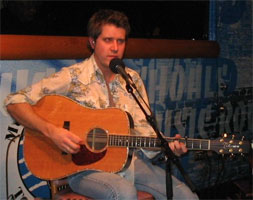 Kevin Denney grew up in Monticello, KY, with a bluegrass and gospel background. After attending a George Strait concert, Denney definitively decided that pursuing a music career was his destiny. After joining a local band, Denney finally joined the roster of Lyric Street Records. His first single, "That's Just Jessie," was released in 2002, and made Billboard's Country singles charts. His self-titled debut album came out in April of that year and also did well, charting in Billboard's Top 20, propelled by the success of his second single, "Cadillac Tears."