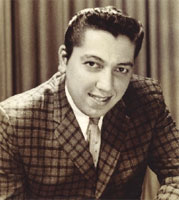 Carl Bonafede was the original manager of the Chicago, Illinois-based rock band The Buckinghams, who charted in Billboard's Hot 100 in February 1967 with "Kind of a Drag".
Carl Bonafede was born in Chicago's Little Italy community. He appeared as a young boy on local television on Morris B. Sach's Amateur Hour singing and playing the accordion. He appeared on an interview show, Ernie Simon's Curbstone Cut-up. He sang his hit record "Were Wolf" on disc-jockey Jim Lounsberry’s TV show in Chicago. He went on to promote local bands with his weekly dances at local ballrooms including the Aragon, Madura’s Danceland and The Holiday Ballroom with owner and collaborator Dan Belloc of big band fame (Billy May Orchestra). He recorded and produced over 200 records with various recording artists. He fronted a local group, The Gemtones, whose saxophone player, Harry Manfredini, became a movie musical score arranger for the "Friday the 13th" movies. He then turned to managing and promoting local teen bands (garage-bands in the early 60s). His most famous clients were The Buckinghams and the all-girl group The Daughters of Eve. He also managed Thee Prophets, from Wisconsin and Mickey & Larry and the Exciters from Boston. He managed The Delights in Chicago.He worked for the Willard Alexander Booking Agency with agent Herb Gronauer, who now promotes celebrities in Palm Springs, California. He also worked for the CASK Attractions agency.
As a young band manager Bonafede promoted many, many young teens in a new phenomenon – the garage band. One of these groups included The Fabulous Centuries. Another group with great Vocals harmonies was known as The Pulsations. These two groups merged to form The Buckinghams. One day, Sheldon Cooper, an executive at WGN-TV, witnessed a promotion of Carl's outside Lane Technical High school across the street from WGN-TV's studios. Carl's discussion with Cooper led to the The Pulsations entering and winning a competition to appear for 13 weeks on The All-Time Hits, Chicago's first locally produced TV program broadcast in color, featuring a variety of musical guests. By the end of the 13-week run, the Pulsations/Fabulous Centuries became The Buckinghams. He was on hand at the Chess Records studios in Chicago, Illinois to record "Kind of a Drag" with the Buckinghams co-producer Dan Belloc and arranger Frank Tesinsky. Jimmy Holvay of the local Chicago group The Mob was the composer of “Kind of a Drag”.
As of 2009, Carl Bonafede still lives and works in Chicago in the Lincoln Park area, close to the lakefront.